The rise of the Bonsmara in South Africa 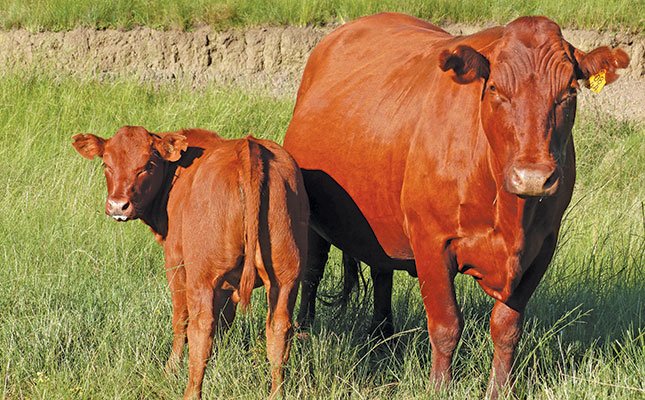 The Bonsmara was developed through a scientific crossbreeding programme that started in the 1930s. Prof Jan Bonsma wanted to produce an animal with good carcass qualities that would thrive under harsh climatic conditions.

In the early 1900s, many Bos taurus breeds were brought to Southern Africa from Europe and the US, but these animals suffered subtropic degeneration due to the extreme heat and humidity in the northern part of South Africa.

However, the animals indigenous to Africa at the time lacked good carcass quality. The reason behind developing the Bonsmara was therefore to establish cattle that were hardy and adaptable but also good at beef production.

What role has the Bonsmara played in the development of the beef cattle production industry since its inception?
Due to the focus on developing a functionally efficient animal, which is a cow that can calve easily on the veld and raise a strong weaner with minimal effort and at low cost, the Bonsmara became the dominant breed in South Africa within 25 years of its establishment in 1964.

Today, it still has the biggest commercial base in the country. The breed’s efficient growth benefits the feedlot industry in particular, while excellent carcasses are advantageous to abattoirs, and both have led to a positive change in the beef cattle production industry in South Africa.

How has the Bonsmara evolved over the years? Does today’s Bonsmara still look the same as the initial animals?
Due to the Bonsmara’s compulsory performance testing system, where all stud cattle must be weighed and subjected to a conformation inspection, the breed has evolved considerably.

The Bonsmara of today is a genetically improved animal with a medium frame, whereas the first example of the breed tended to be bigger. Nowadays, we select cattle that show better growth than the earlier animals, yet require much lower maintenance.

Over the years, a perception has been created that the breed has become too expensive for the average beef cattle producer. Is this true?
Due to the popularity of the Bonsmara, there will always be a high demand for animals with top genetics. However, this doesn’t mean that the animals automatically become so expensive that they are unaffordable.

When you consider that more than 80% of Bonsmara bulls are bought by commercial breeders, it’s evident that the demand for the breed is stronger than ever. This is
because buyers know they’re getting their money’s worth. A weaner calf of 230kg achieving R41/kg equates to a price of R9 430. A fattened cow for slaughter easily fetches more the R15 000, so for the price of four culled cows, you can afford a bull of R60 000.

It doesn’t make sense to pay R20 000 for an in-calf heifer, but only R30 000 for a bull that will be responsible for 50% of your herd’s genetics. It’s clear that the Bonsmara is still one of the best investments you can make. With Bonsmara calves very much in demand at feedlots and commercial cows always in demand, your investment will grow.

So yes, the top stud genetics will always be expensive, but the Bonsmara system is based on putting those genetics back into the national herd, enabling every farmer to benefit from the use of the good genetics. It’s important for Bonsmara breeders that commercial producers also benefit by getting a premium for the weaner calves they sell to feedlots.

Much is also made of double-muscling in Bonsmara. Is it a problem and, if so, how can it be managed?
Because the Bonsmara is so widely dispersed, there’s a perception that only they have double-muscling. This couldn’t be further from the truth. Double-muscling is caused by the mutation of the myostatin gene, which occurs in many species and in almost all cattle breeds.

However, if both the cow and bull are carriers of the gene, there’s still only a 25% chance of the calf being a homozygous double-muscled calf. By knowing the status of your animals, it’s easy to manage the herd accordingly.

This is why the Bonsmara catalogue allows breeders with animals testing positive for the gene to indicate as much.

This South African-developed breed is now found around the world. Where has it spread to, and how does the breed fare, specifically in Africa to the north of our borders?
Since its inception, the Bonsmara has spread all over the world, and today there are breeders’ societies in Brazil, Argentina, Columbia, Australia, and in our neighbouring countries Namibia and Mozambique. There are also Bonsmara herds in a number of other African countries, such as Botswana, Zimbabwe, Zambia and Malawi. Herds can also be found in the US, and in Georgia in Europe.

This is testament to the excellent traits of the Bonsmara, especially its adaptability. Animals have adapted to areas where the temperature drops below zero to areas that have high humidity and dry heat of above 50°C. They can be found in areas that receive above 2 000mm annual rainfall, as well as in those that get only 150mm.

We’re delighted with the breed’s international footprint and how it is being used to improve cattle all over the world.

How can the Bonsmara help producers mitigate climate change?
Climate change is a reality. This is why it’s so important for breeders to select animals for efficiency. With far more emphasis on regenerative agriculture, Bonsmara breeders need to focus on selecting animals that have lower maintenance requirements and produce more on smaller areas.

The same goes for intensive systems such as feedlots, where there is a big focus on improving feed efficiency. This is why there are no fewer than seven feed-efficiency testing stations owned by Bonsmara breeders. The breeders focus on bettering the genetics to be able to adapt to the changing climate.

What is the best-case scenario for the breed over the next 10 years?
The best-case scenario is for the Bonsmara to grow its share of the beef cattle industry, and for consumers to demand a Bonsmara steak! If we could get better protocols in South
Africa that allow us to export genetics to other countries, the global footprint of the Bonsmara would expand as it did in South Africa by becoming the most popular breed in a short time. Our focus is to not only grow our society, but to ensure that stud, commercial and emerging breeders grow with us.

Genetics-based guidelines to buying a bull at an auction